Ottawa, ON — Parliamentarians, past and present, gathered for a press conference in Ottawa on Tuesday to demonstrate their concern for loss of basic freedoms in Canada, the subject of a Parliamentary Forum, “Canadian Freedoms: Growing Threats?”, held on October 30th on Parliament Hill. Those present at the press conference included MPs David Anderson, Mark Warawa, Harold Albrecht, and Bev Shipley, along with Christian Heritage Party Leader Rod Taylor and former MPs Reed Elley and Stephen Woodworth.

The themes of Monday evening’s Forum included cases involving graduates of the Christian-based Trinity Western University being denied equal admission to the practice of law. Speakers also explored other threats to prohibit the free exercise of conscience by doctors, compel professionals to submit to values screening, and restrict political expression on university campuses.

“It is a matter of vital concern to all Canadians that our elected representatives defend the hard-won freedoms that those who came before us bravely fought, sacrificed and died to preserve,” said a spokesperson for the gathered Parliamentarians.

These and other issues were the subject of discussion at the Parliamentary Forum on Monday by a panel including Dr. Janet Epp Buckingham, Director of the Laurentian Leadership Centre, Trinity Western University; Mr. Jay Cameron, Litigation Manager, Justice Centre for Constitutional Freedoms; and Dr. John Robson, Documentary Film-maker, Commentator, and Invited professor at the University of Ottawa.

More information, including photos and a video recording of the event, can be found at: http://www.davidanderson.ca/parliamentary-forum-canadian-freedoms/. 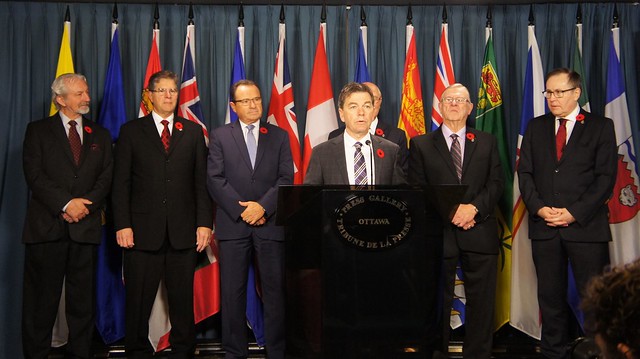